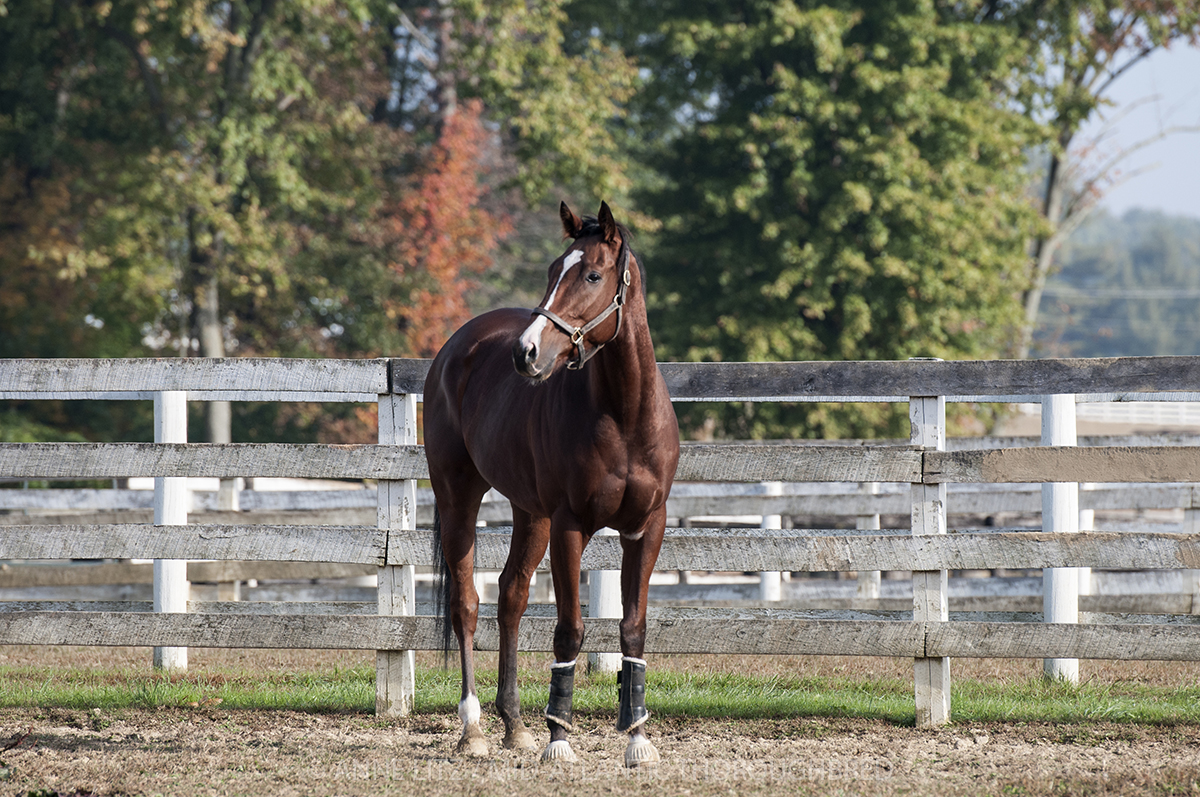 Taylor Hole crossed his hands, rested his forearms on the outside rail of Laurel Park’s dirt track, looked down at his boots and then up at the infield screen where the stretch run of the Maryland Million Classic replayed.

Then the jockey laughed.

He’d been told by trainer Corby Caiazzo to put Admirals War Chest on the lead, to make his natural speed last as long as it could in the 11⁄8-mile Classic, no matter what. The race looked a bit light on pace, but boasted multiple stakes winner Talk Show Man, Todd Pletcher trainee Bullheaded Boy shipping in from Belmont Park, and comebacking 2012 Classic winner Not Abroad in a field of nine.

Making his stakes debut, Admirals War Chest owned two wins in 11 lifetime starts – both on off tracks – coming into the $150,000 Classic Oct. 17.

“Corby said send him on his way, and play catch me if you can,” said Hole. “Corby told me he wanted me 10 in front at the half-mile pole. I could see the shadows and I was thinking ‘We ain’t 10 in front.’ I just kept riding. Give the horse all the credit, he kept running.” 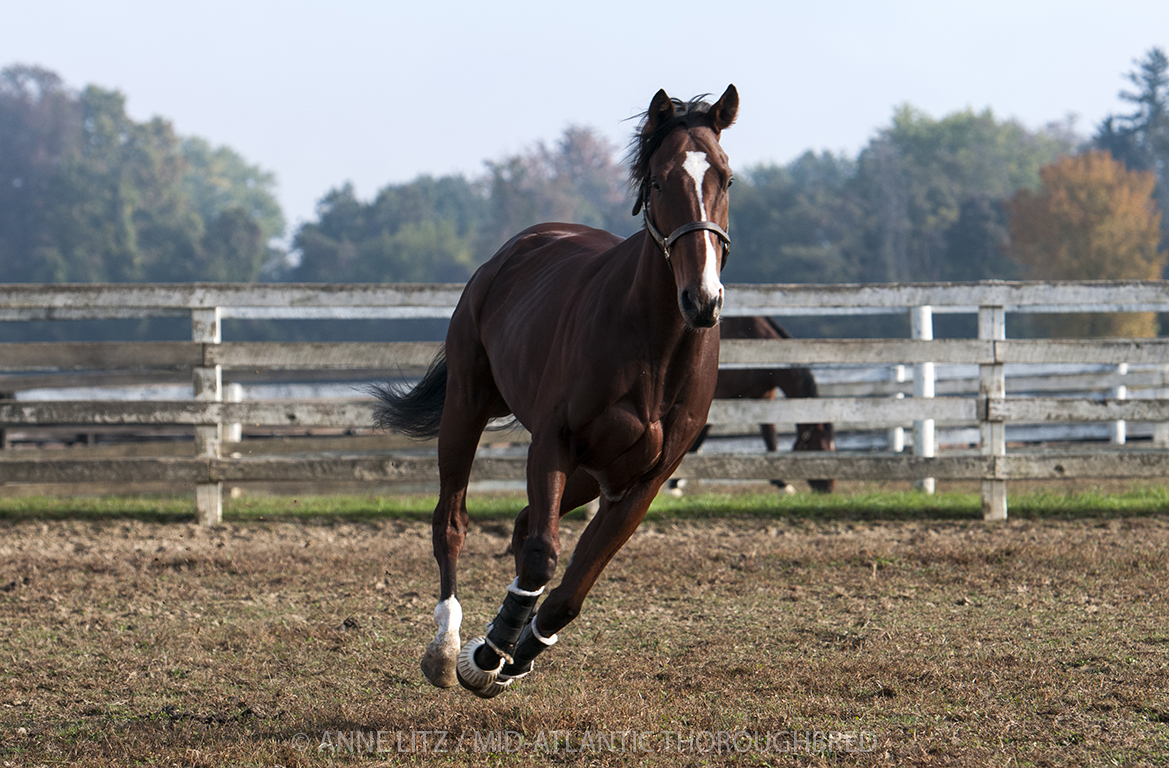 Hole was joking about the 10 lengths comment, probably, but repeated it in the post-race interview before the 19,119 spectators hosted by the rejuvenated racetrack. Admirals War Chest did indeed go immediately to the front through fractions of :24.21, :47.45 and 1:11.91. He was 3 lengths clear after that last split, and 5 clear with a furlong to go.

Then things got interesting.

Bullheaded Boy, some 9 lengths behind after 6 furlongs, churned into contention in the stretch and chewed into the winner’s margin. The rally came up a neck short after 1:51.49. I’m Mr. Blue was 101⁄2 lengths behind the runner-up with favorite Talk Show Man fourth.

The win confirmed onwer/breeder Stephen Sinatra’s faith in his approach to racing, in Admirals War Chest and in Caiazzo. A cardiologist (whose website drsinatra.com sells human health supplements) who has owned Thoroughbreds for decades, Sinatra applies his work to racehorses by mixing training and veterinary care with natural supplements, vitamins, minerals and other non-medicinal treatments. He aims to reduce inflammation naturally, decrease his horses’ need for Lasix and other drugs, and ultimately produce a better athlete. Sinatra, a client of the Murray family’s Murmur Farm and Berkley Training Center, bought Berkley last year after Allen Murray’s death in 2013 and hired farm manager Caiazzo to be the trainer. The operation includes about a dozen horses in training, mares, young horses, four stalls at Fair Hill Training Center and Murmur stallion Elusive Charlie, the sire of Admirals War Chest.

The Classic win put all of that together, producing a stakes triumph with a farm-raised and -trained horse by the farm’s stallion. 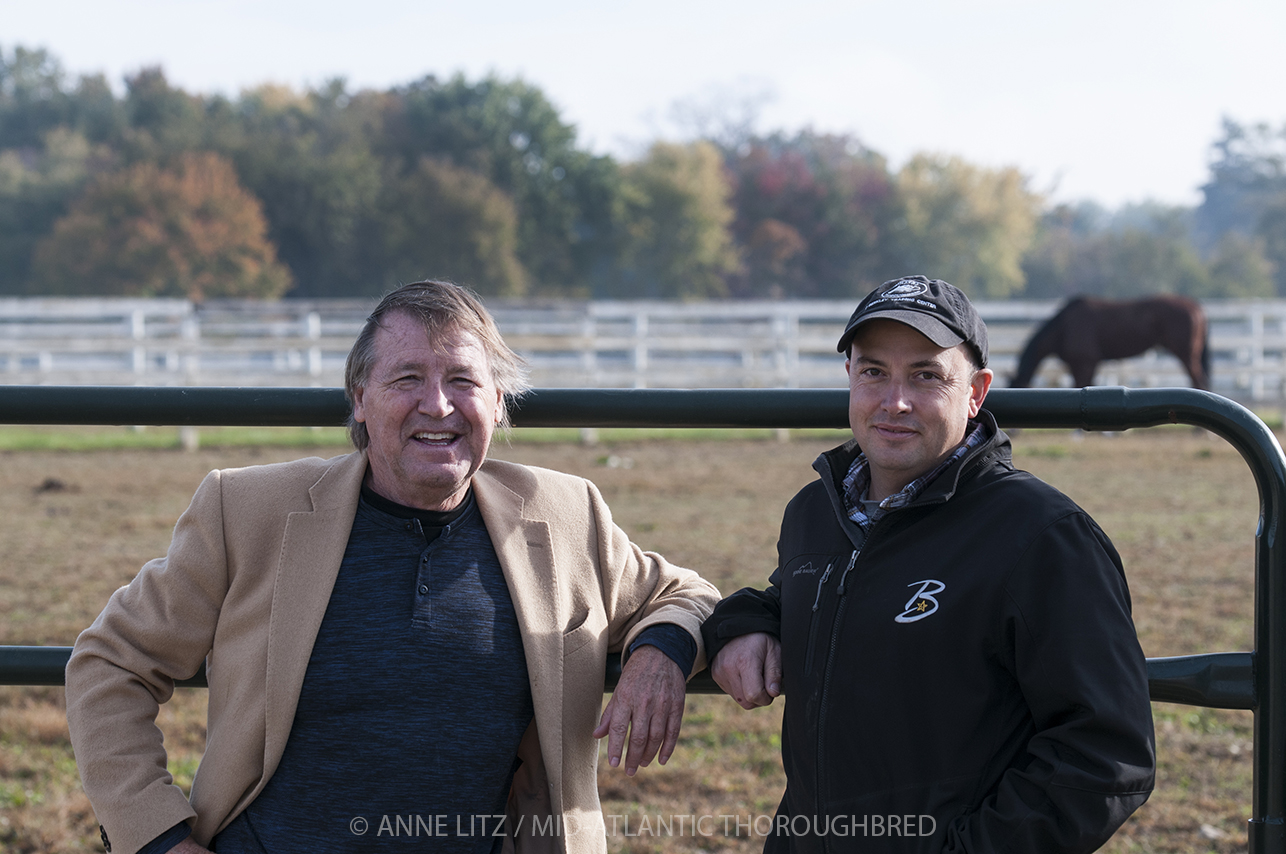 Sinatra sponsors a race on Million Day, goes out of his way to talk about the state’s attributes as a Thoroughbred base and confidently pursues success.

“We had faith in the horse, we just felt like he had a big shot today – speed kills, I kept telling Corby that,” said Sinatra. “I’ve been in the business for 45 years and when the horse wants to take the lead a lot of jockeys will try to rate them. When a horse in his heart wants to lead, you’ve got to give it to him. If you take that away from him, after a few times the horse is going to say, ‘Forget it.’ ”

Caiazzo bought in after an allowance win at Penn National in September and added Hole to the list of believers before the Classic.

“I always wanted to rate the horse and it just wasn’t working,” said Caiazzo. “I kept saying, ‘He’s such a big horse and he has speed, let’s teach him how to rate.’ He’s very temperamental. He likes to do things his way. He loves to train, very forward when we train him. I knew he could go a mile on the front end, but the last little bit I was worried about it. They were going to come to us, it was just a matter of if the horse could dig in or not.”

Caiazzo didn’t recall giving Hole the 10-length plan, but did admit the idea was a bit one-dimensional.

“Just break and send him,” the trainer told the jockey. “They’re going to close on you, but if you get a big enough lead maybe they won’t catch you.”

Caiazzo, 46, saddled his first runner in 2011 and had never won a stakes before the Classic. He tells people he came as part of the package when Sinatra bought the farm in Darlington, but is proving to be more than a throw-in and seems to have figured out the mercurial Admirals War Chest.

Out of the Polish Numbers mare Cut a Check, the bay gelding lost his first four starts before winning in the mud at Laurel in December 2014. Admirals War Chest lost five in a row to start 2015, before blitzing home in the slop at Penn National. Caiazzo works to temper the speed and ration the energy by mixing fast works at Fair Hill with slower moves on the 5-furlong track at Berkley.

Sinatra credited Caiazzo with producing a racehorse primed for a big effort. Caiazzo deflected praise back to his boss.

“He’s an amazing person to work for, he’s positive, he wants to win the big race and I’m just blessed that he has the confidence in me to let me do what I do,” said Caiazzo. “He loves it here, he sponsors a race and the goal was to try and win one.

“To have the confidence in me to try to do that means a lot. I don’t train a lot of horses. I’m not like these other guys.”

Originally published in the December 2015 issue of Mid-Atlantic Thoroughbred magazine.