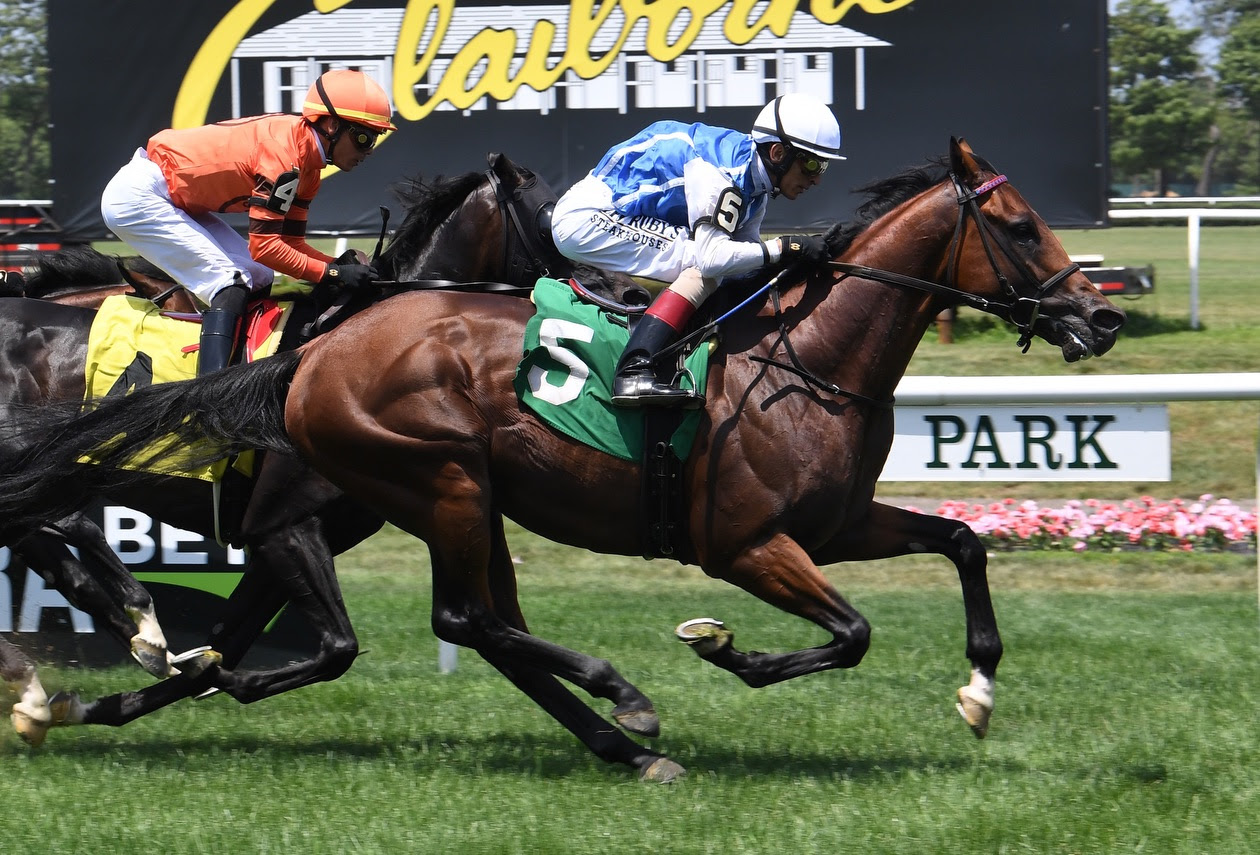 GALAWI (IRE), a winning son of the world’s most successful international sire Dubawi (Ire) out of a Group 1-winning millionaire half-sister to the incomparable Goldikova (Ire), will stand his first season at Northview Stallion Station in Chesapeake City, Md., in 2022 for $2,000 live foal, payable when the foal stands and nurses.

A stakes-caliber runner who was retired early due to injury, 4-year-old GALAWI (IRE), descends from generations of champions and Group 1 winners produced by the enormously successful stud and racing stable of Jacques Wertheimer, and in recent decades by his sons Alain and Gerard Wertheimer.

Sent to trainer Graham Motion earlier this year, GALAWI (IRE) impressed with his only U.S. start when accelerating from last to first in a mile and a quarter race over the Belmont turf course in June, getting the final quarter according to Trakus in :22.04.

GALAWI (IRE), is out of Prix Vermeille-G1 winner Galikova (Fr), a half-sister to seven stakes performers, led by Hall of Famer Goldikova (Ire). A champion in the U.S. twice and a champion in France four consecutive years, Goldikova won 14 Grade/Group 1 races, including three consecutive runnings of the Breeders’ Cup Mile-G1 over males and four runnings of the Prix Rothschild-G1. Galikova’s group-winning half-brother Anodin (Ire) was second in the Breeders’ Cup Mile-G1 and is a group stakes sire. The female line leads directly to Prix de l’Arc de Triomphe winner Gold River (Fr).

“He’s stunning looking and has a phenomenal pedigree,” said Motion. “I feel he has a stallion’s pedigree. I just didn’t anticipate him having to be a stallion so soon.”

“Turf racing takes up so much of our day-to-day racing - it’s a natural to breed to a horse like this,” noted Motion. “There are so many more opportunities than there used to be for horses on the grass - especially for 2 and 3-year-olds. To get close to Dubawi and close to Goldikova - it doesn’t get much better than that.”