The 2023 Maryland foaling season started off on a strong note, as the first foal reported to the Maryland Horse Breeders Association is that of 2019 Maryland Million Distaff winner Anna's Bandit, who delivered a colt by Tapit on Jan. 10.

Bred by her trainer, Jerry Robb, and foaled in West Virginia, Anna's Bandit campaigned for Robb and his wife Gina's No Guts No Glory Farm. The daughter of Great Notion was a stable star, winning 17 of 39 starts, including 11 stakes, while earning $806,655 over six seasons. Five of her stakes wins came in Maryland, including the 2019 Distaff, which she won by three and a half lengths as the 1-2 favorite and capped off a stretch where she won four stakes races in 50 days. She also was the winningest horse in the nation in 2019, scoring in nine of her 11 starts that year. 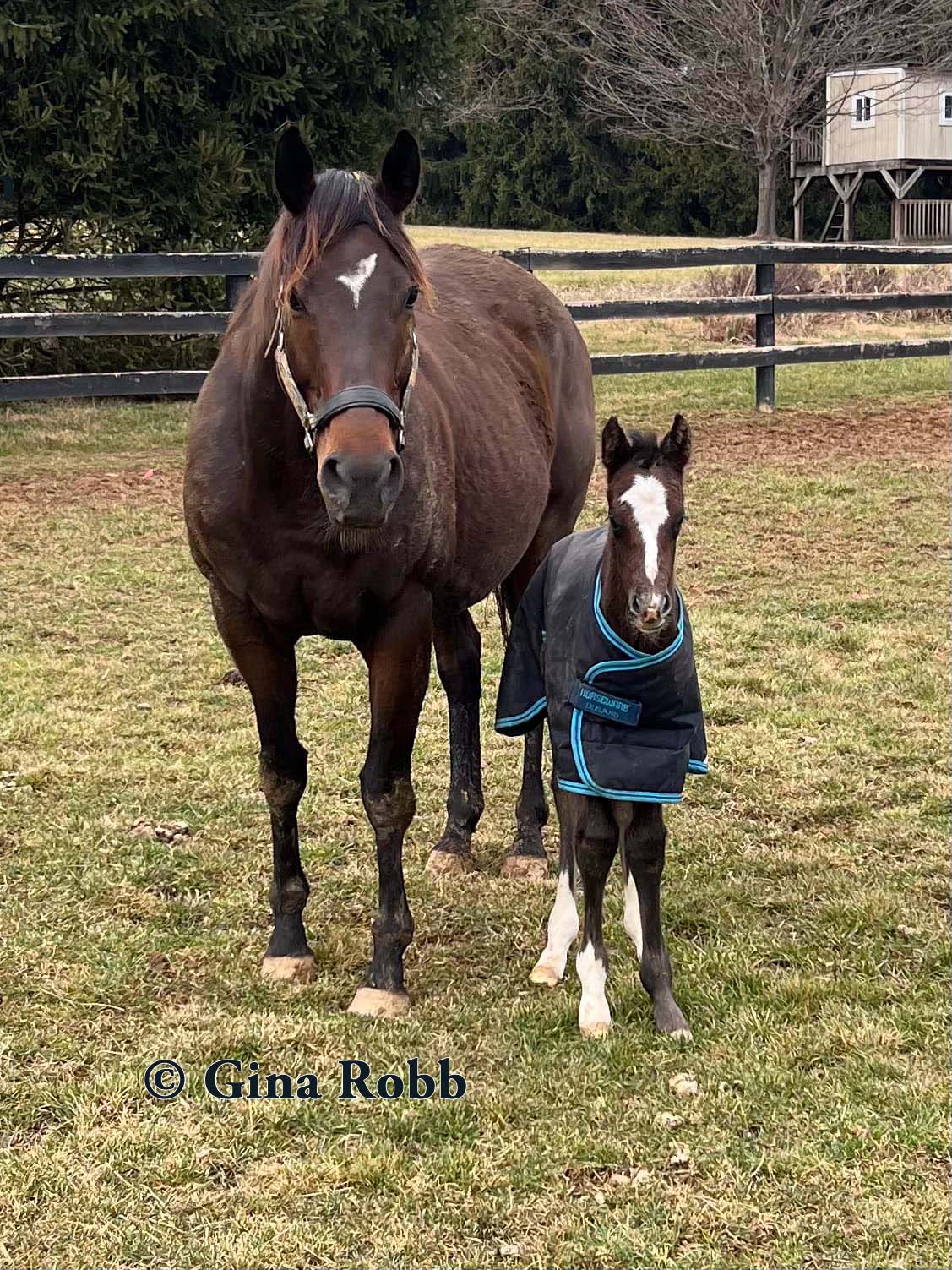 Upon her retirement in August 2021, Anna's Bandit was given a ceremonial sendoff at the 2021 Maryland Million and returned to No Guts No Glory Farm in Woodbine. Her Tapit son is her first foal; the 9-year-old mare has been booked back to Frosted.

Robb purchased Anna's Bandit's dam, Onearmedbandit (by No Armistice), for $14,500 at the 2007 Fasig-Tipton Midlantic Fall Yearling Sale. A seven-time winner in 22 starts, Onearmedbandit won her first four outings at 2, including a stakes, and had career earnings of $304,878. Still residing at No Guts No Glory Farm, she is also the dam of 2022 stakes-placed Bandits Warrior (by Mosler) and three other winners from as many starters. She did not get pregnant when mated to Editorial and Mosler last year, and will be bred to Essential Quality for the 2024 season.